All Collections
Video Metrics
How are the metrics on the table calculated?

How are the metrics on the table calculated?

Written by Erika Lehmann
Updated over a week ago 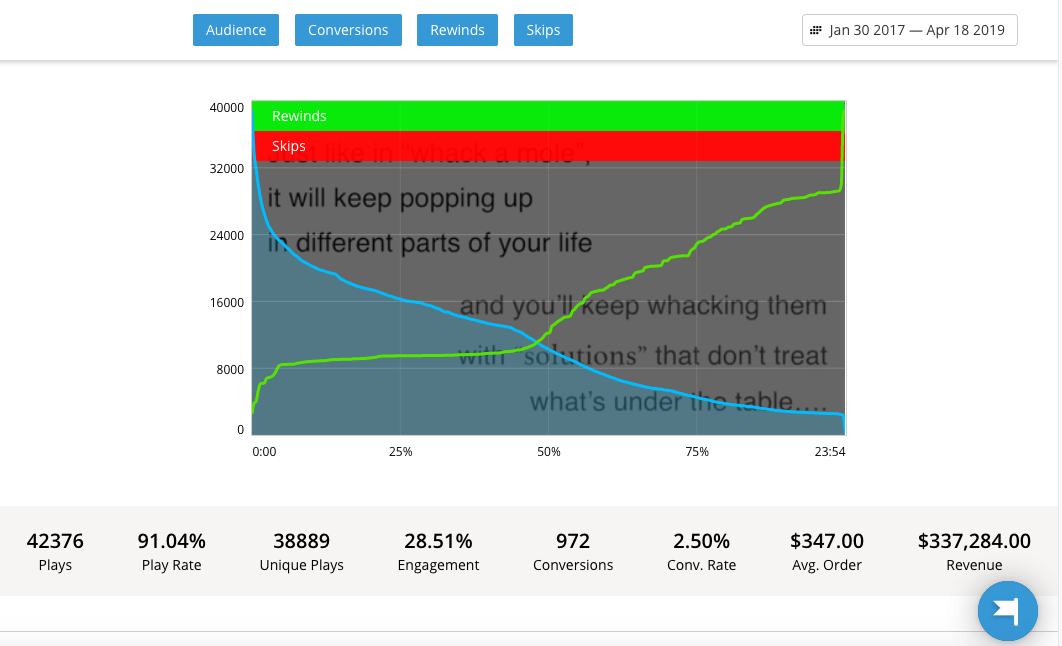 Total number of times your video has been watched.

How often your video was played compared to how often it was shown. It is calculated from all session hits:

If someone in his session has started playback, it is counted as 100%. If there were two sessions and only one playback, then it is 50%.

Example: 33% indicates that there were 3 sessions from which only one has played.

Total number of times your video has been watched, excluding repeat viewers.

This is the average of the overall engagement of your video. The formula is:

Note: Sessions are when the video is loaded. It is similar to Google Analytics when they tell you your site has had a number of sessions- which refers to the times your page was loaded.

This is the percentage of people who have converted of the total people that have watched your video.

To calculate it, we use a simple formula:

This is the total revenue (you set the revenue per conversion when you're creating a new conversion) of all conversions divided by the total number of people who converted.

Total income calculated for this video, based on the conversion value you gave your conversion when you created it.

You can calculate your video's total watch time by using this formula:

Did this answer your question?